Voice Catchers: What Your Body Can Say to Marketers Now and in the Future (webinar)

Taking off from his recent book The Voice Catchers, Joseph Turow exposes how artificial intelligence is enabling personalized marketing and discrimination through voice profiling. Amazon and Google have numerous patents pertaining to messages about you that the sound of your voice allegedly conveys. Even now their smart speakers are extracting and using voice prints for identification and more. Customer service centers are already approaching every caller based on what they conclude a caller’s voice reveals about that person’s emotions, sentiments, and personality, often in real time. In fact, many scientists believe that a person’s weight, height, age, and race, not to mention any illnesses they may have, can also be identified from the sound of that individual’s voice.   Ultimately not only marketers, but also politicians and governments, may use voice profiling to infer personal characteristics for selfish interests and not for the benefit of a citizen or of society as a whole.  Looking ahead, voice profiling, even more than facial recognition, may be the technology that encourages companies to consider more biometric intrusions—from gait analysis to urinalysis and beyond—in their endless desire to personalize messages to potential customers.  Joseph Turow explains these developments and the democratic values that are at stake

Joseph Turow is the Robert Lewis Shayon Professor of Media Systems & Industries at the Annenberg School for Communication. Turow is an elected Fellow of the International Communication Association and was presented with a Distinguished Scholar Award by the National Communication Association. In 2012, the TRUSTe internet privacy-management organization designated him a “privacy pioneer” for his research and writing on marketing and digital-privacy.  He has authored twelve books, edited five, and written more than 160 articles on mass media industries. His most recent books are The Voice Catchers: How Marketers Listen In to Exploit Your Emotions, Your Privacy, and Your Wallet (Yale, 2021), Media Today: Mass Communication in a Converging World (Routledge, 2020), and The Aisles Have Eyes: How Retailers Track Your Shopping, Strip Your Privacy, and Define Your Power (Yale, 2017).  Turow’s continuing national surveys of the American public on issues relating to marketing, new media, and society have received a great deal of attention in the popular press, as well as in the research community. He has been interviewed widely about his research, including by NPR’s Fresh Air with Terry Gross, The Atlantic, the BBC, CBS News, and elsewhere. He has also written about media and advertising for the popular press, including the New York Times, The Atlantic, American Demographics magazine, the Washington Post, the Boston Globe, and the Los Angeles Times.  He currently serves on the editorial boards of the Journal of Broadcasting and Electronic Media, the International Journal of Communication, and Media Industries. 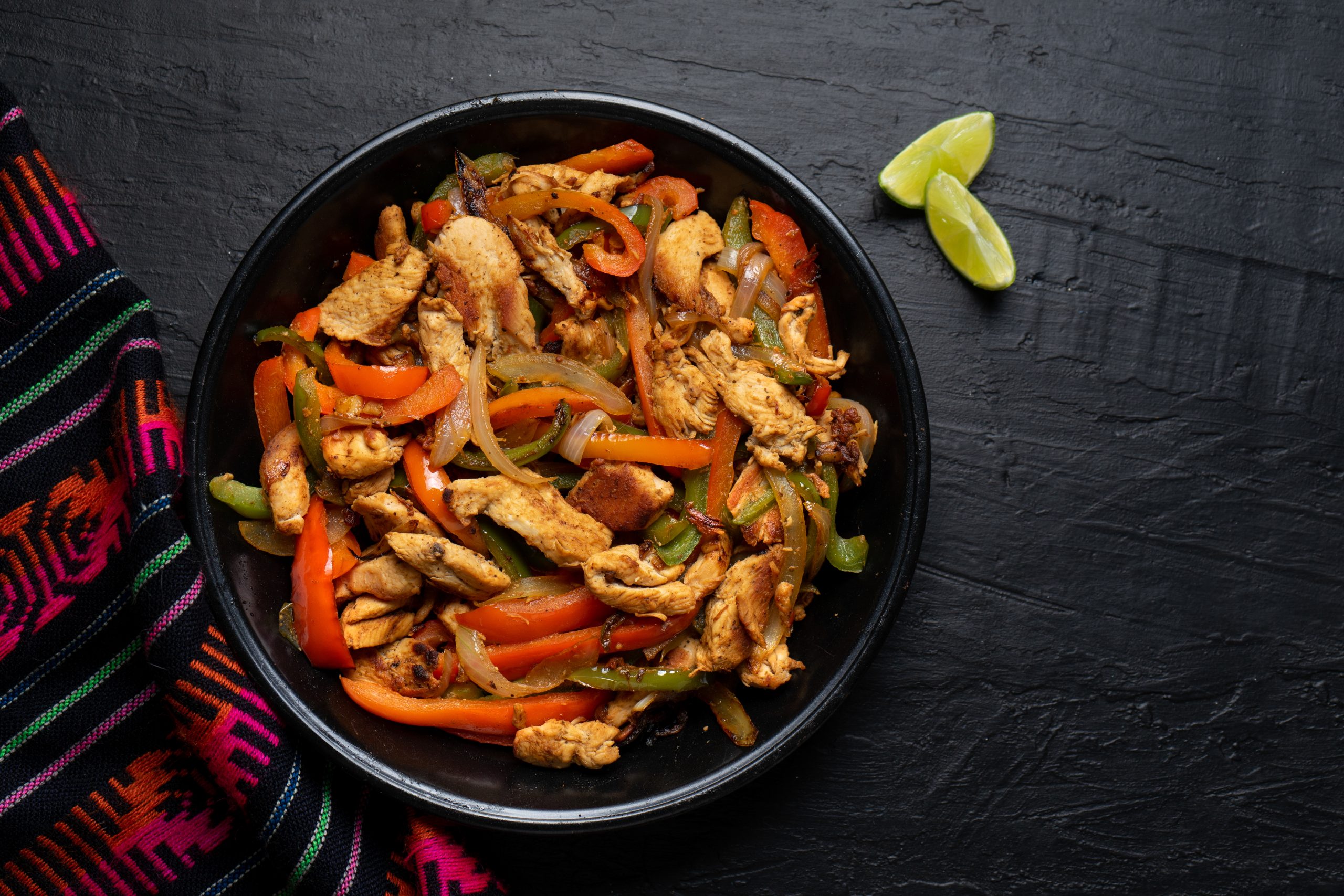 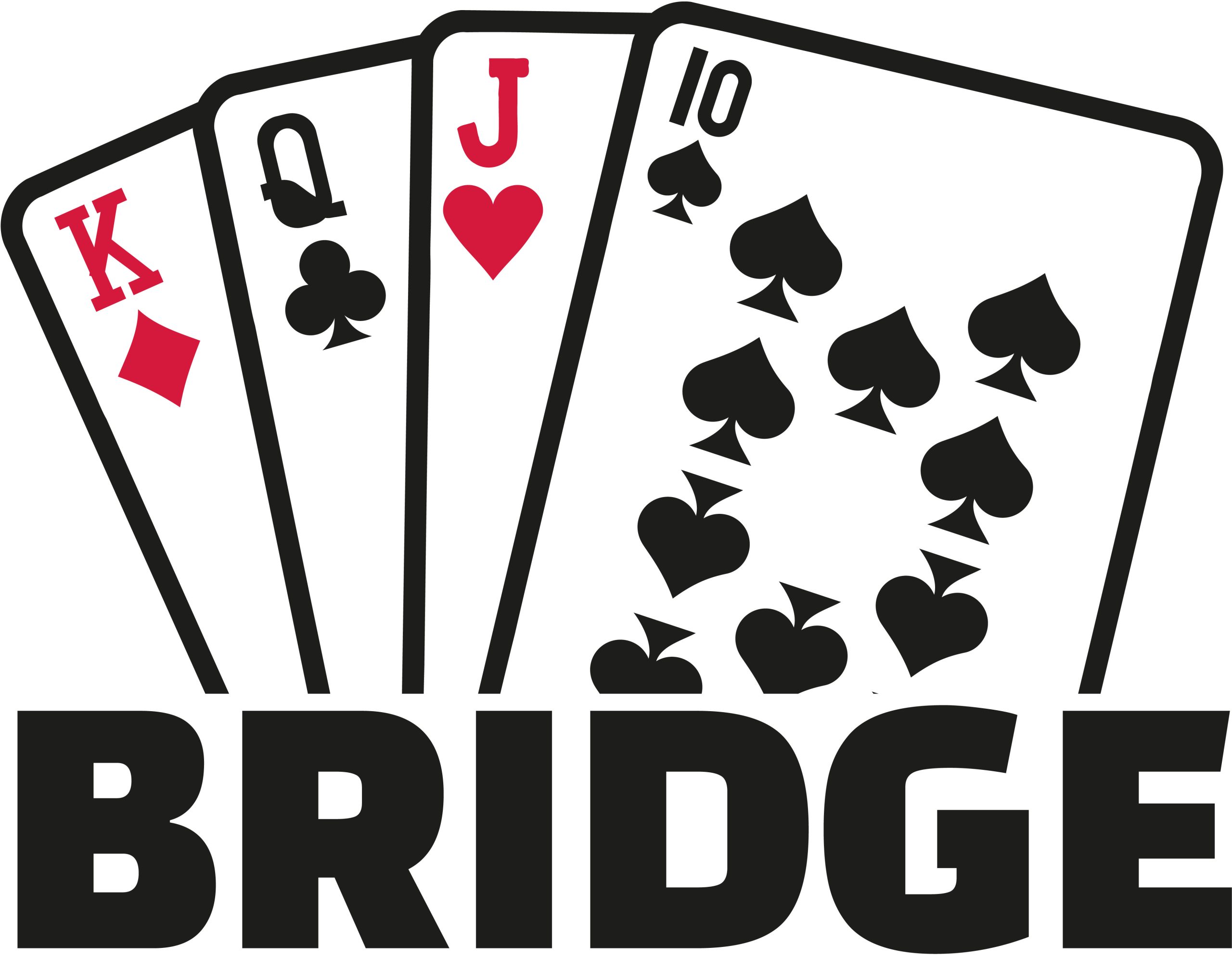 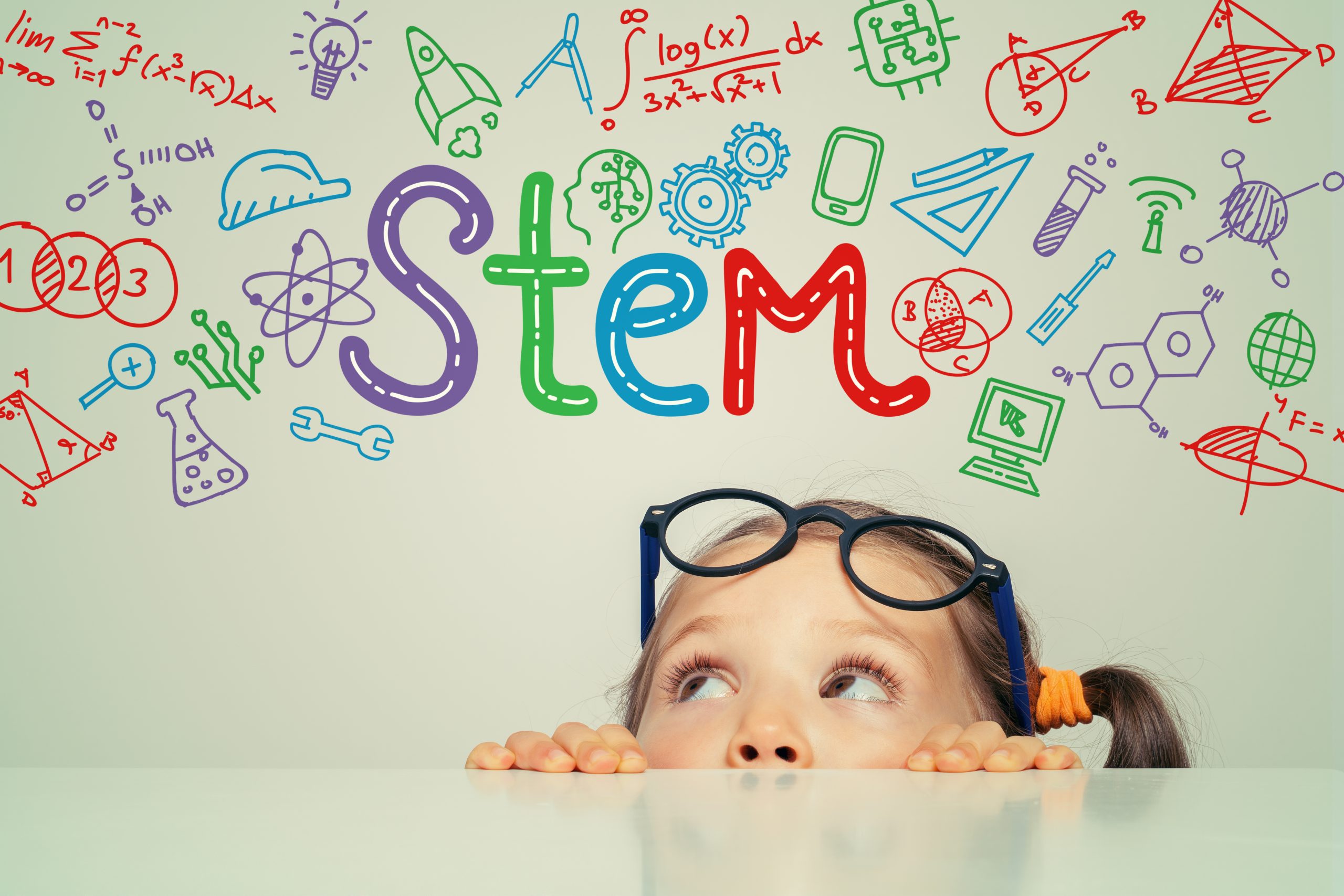 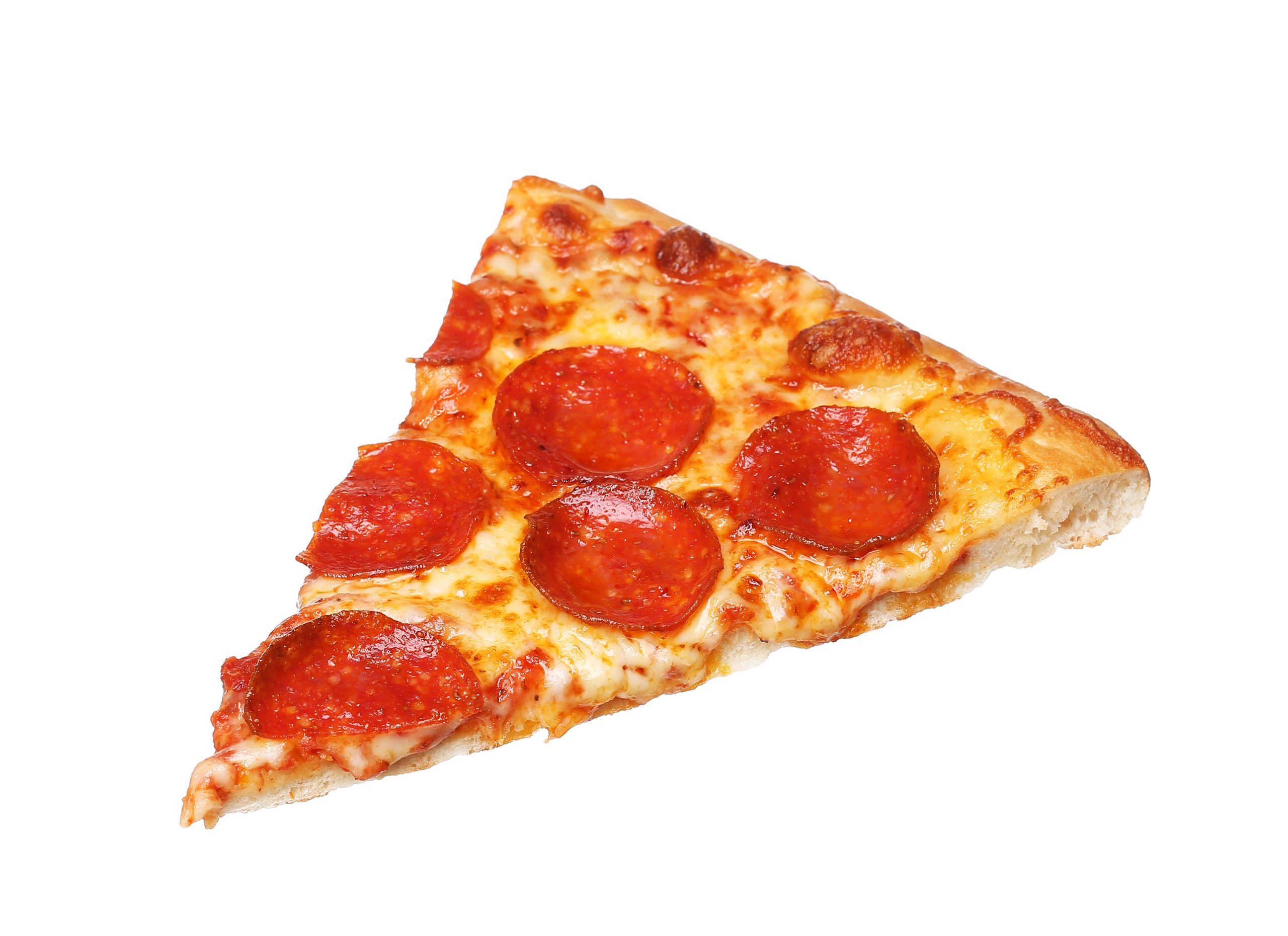 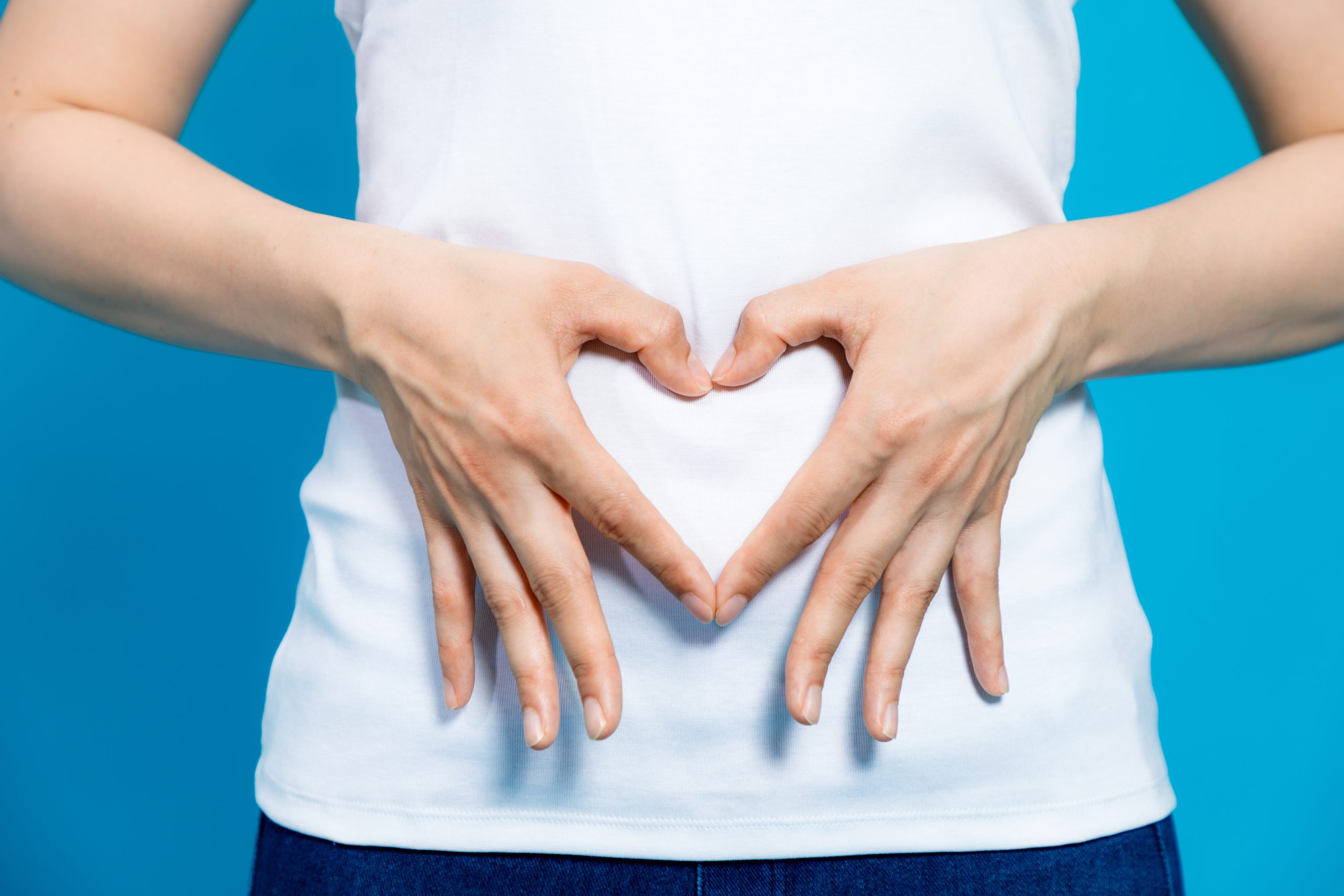 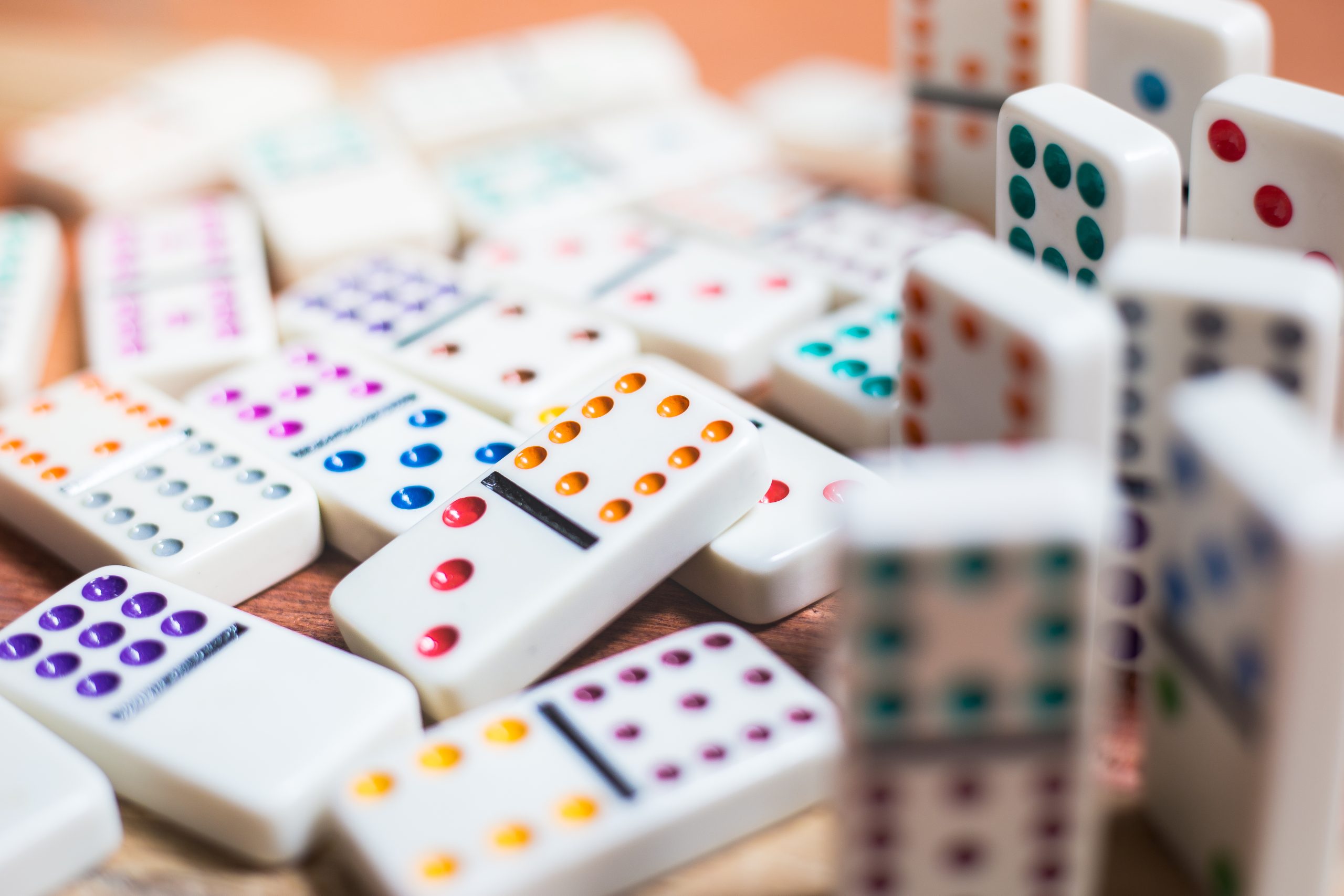 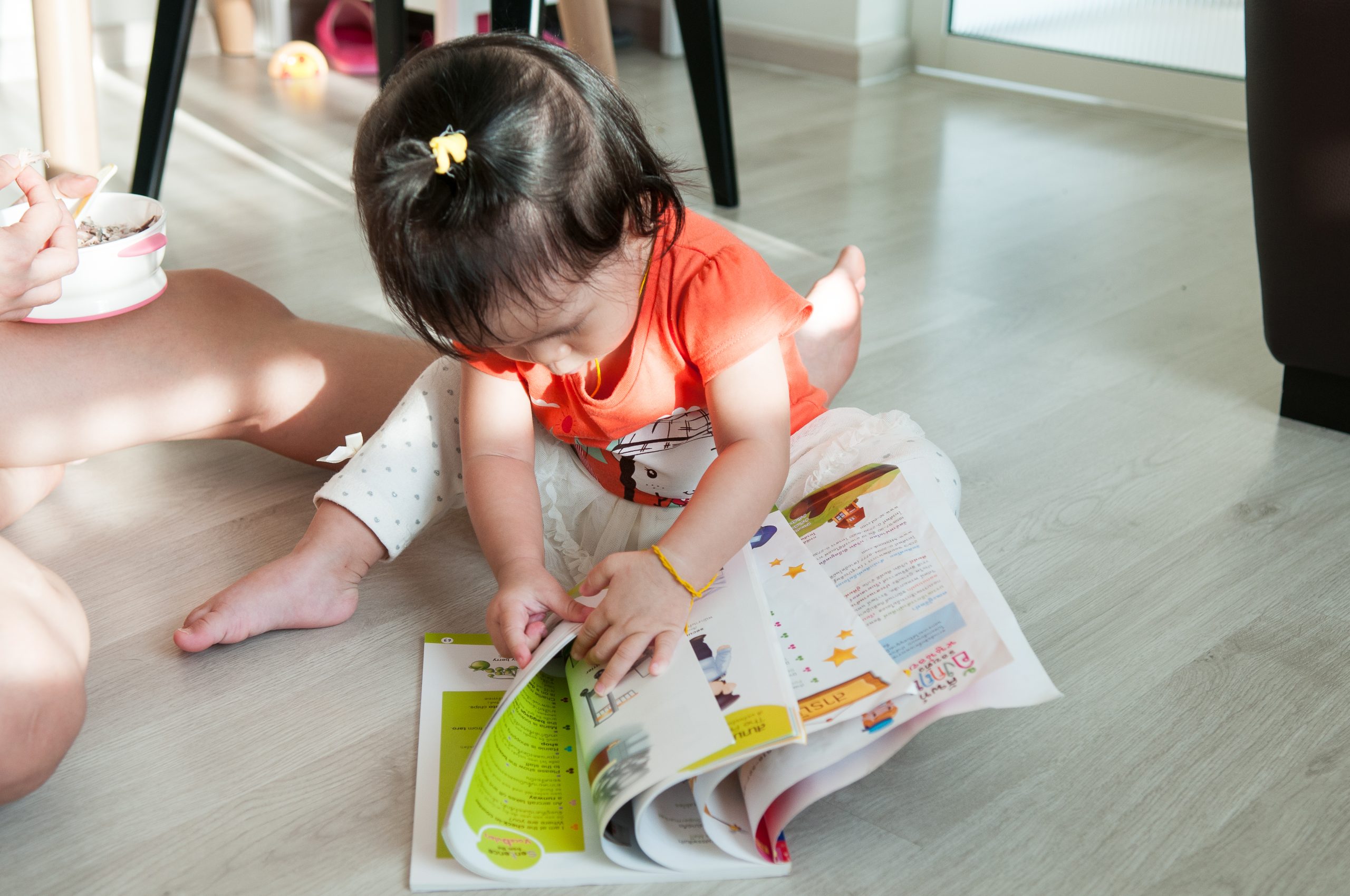 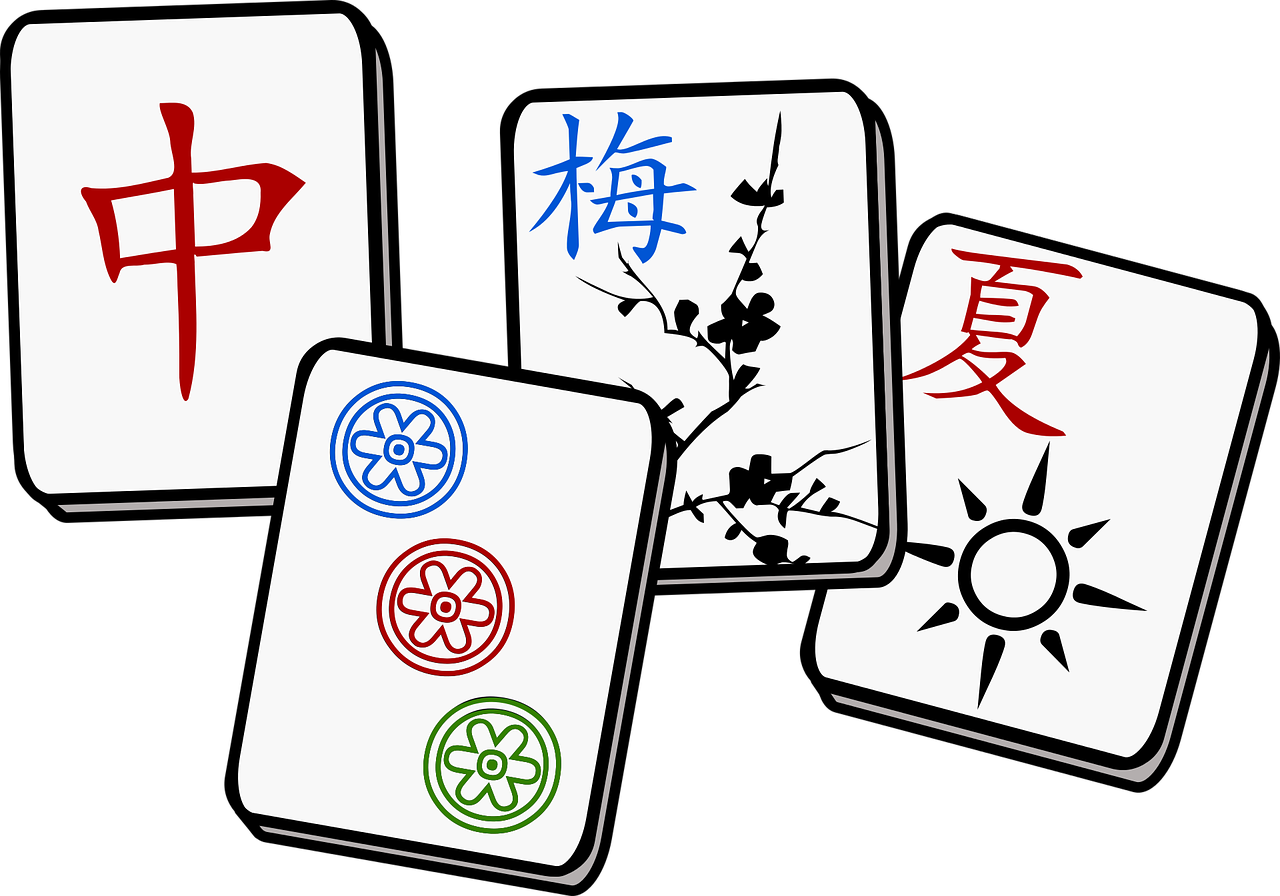 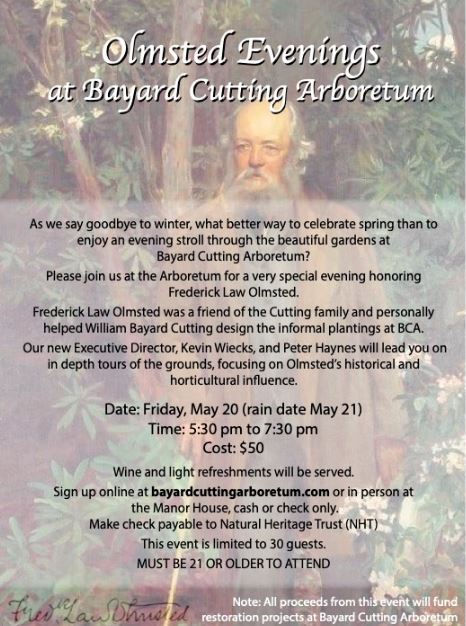 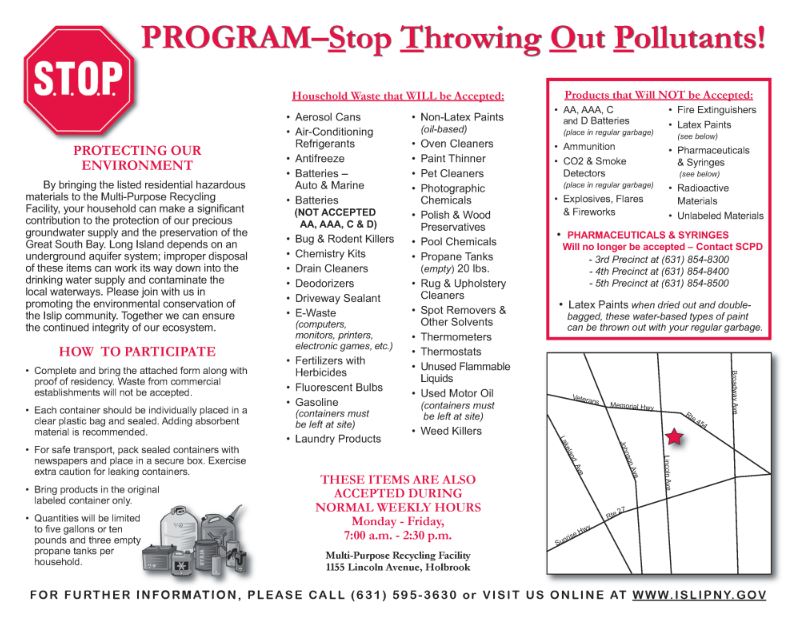 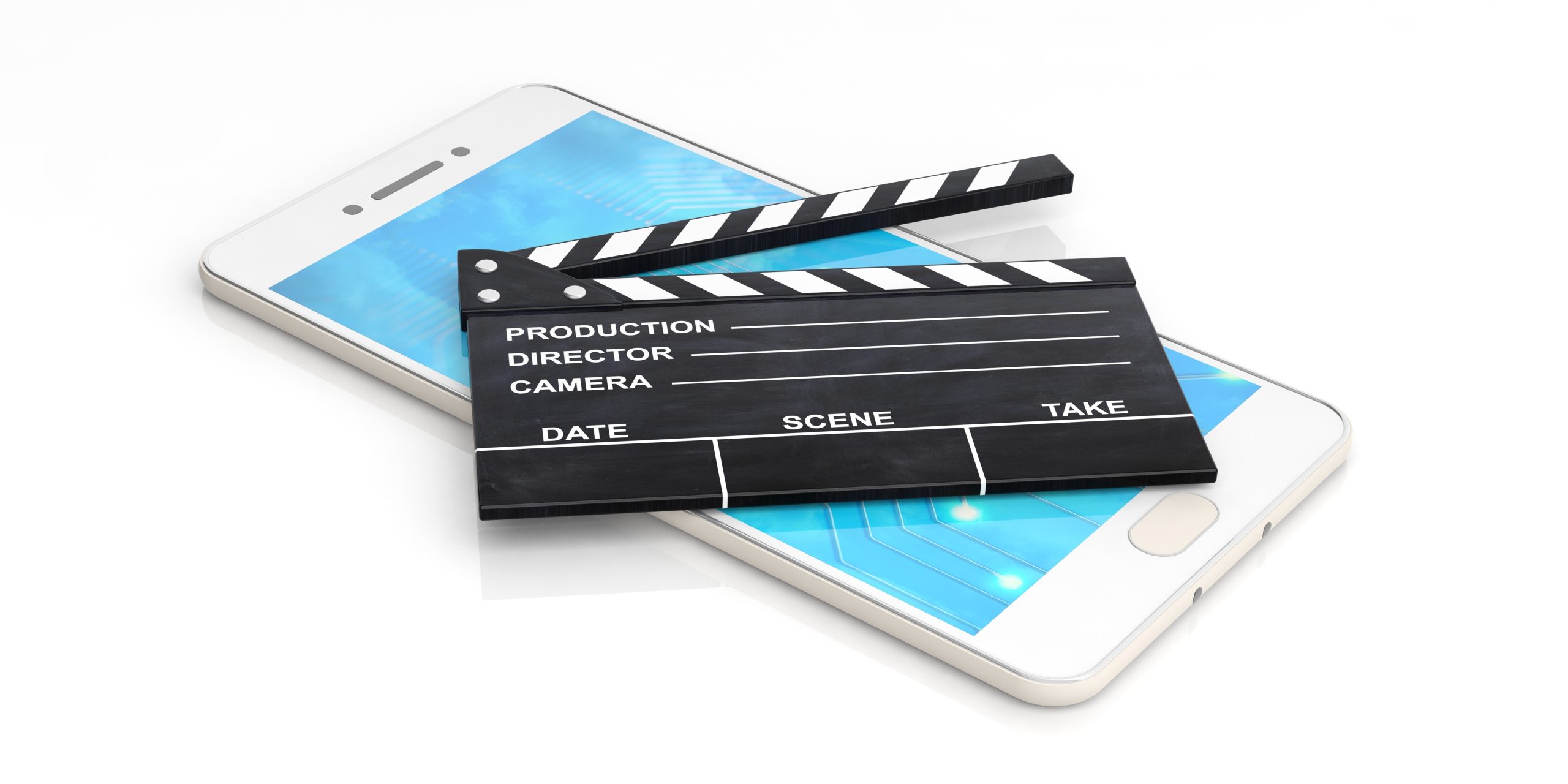 Chef Rob will demonstrate how to make these two easy and delicious dishes. Please bring containers to take home your food. *Registration required. For Hauppauge Library…

END_OF_DOCUMENT_TOKEN_TO_BE_REPLACED

Let's investigate these living fossils that come to our shores in the spring! We will have a short lesson, followed by a walk down to…

END_OF_DOCUMENT_TOKEN_TO_BE_REPLACED

This class is designed to bring beginning bridge players to the next level by learning strategies and techniques necessary for the successful play of the hand.…

END_OF_DOCUMENT_TOKEN_TO_BE_REPLACED

Tuesday, May 17, 11am: Dr. Christodoulou explores different aspects of thinking - attention, memory, language, visual processing, motor functions, feelings - and how they can…

END_OF_DOCUMENT_TOKEN_TO_BE_REPLACED

Households experiencing financial hardship may be able to get assistance from a variety of programs. We’ll be sharing information about them during a free webinar…

Come join A Time for Kids, Inc. in this family fun educational class for children and adults to stimulate and engage critical thinking as we…

Explore the natural world around us. These programs will connect children and their parents with nature through short walks, animal visitors, and crafts. Children ages…

END_OF_DOCUMENT_TOKEN_TO_BE_REPLACED

Meet Islip Councilman James O'Connor for an informal conversation about current events, politics and how it impacts our everyday lives. This is a unique opportunity…

END_OF_DOCUMENT_TOKEN_TO_BE_REPLACED

Your body is a complex ecosystem made up of more than 100 trillion microbes that must be properly balanced and cared for. The past few…

END_OF_DOCUMENT_TOKEN_TO_BE_REPLACED

Join us each week to play this exciting game of dominoes. No registration required. Call the Hauppauge Public Library at 631.979.1600 for more information.

Thursday, May 19, 6:30pm: Uniquely designed for those who are interested in being proactive in maintaining and enhancing their cognitive functioning. CLICK HERE to Save…

END_OF_DOCUMENT_TOKEN_TO_BE_REPLACED

Spend special time with your child, playing and laughing together. A librarian and a resource professional will be available to answer questions on various child-related…

END_OF_DOCUMENT_TOKEN_TO_BE_REPLACED

Enjoy playing Mah Jong? Bring your sets and friends and get a game-playing frenzy started. No registration required. Call the library at 631.979.1600 for more…

END_OF_DOCUMENT_TOKEN_TO_BE_REPLACED

Improper disposal of household hazardous waste can be harmful to our community! Residents should bring Household Hazardous Waste directly to the Town's Multi-Purpose Recycling Facility .…

END_OF_DOCUMENT_TOKEN_TO_BE_REPLACED

Using your smartphone (iPhone or Android), learn all about taking videos with instructor Arooj Chaudhry, including: techniques on how to record; how to edit your…

END_OF_DOCUMENT_TOKEN_TO_BE_REPLACED

Love Parks? Love Apps? Play games while walking through the Preserve in this introductory program to the app. Download the Agents of Discovery App then…

END_OF_DOCUMENT_TOKEN_TO_BE_REPLACED

Explore the natural world around us. These programs will connect children and their parents with nature through short walks, animal visitors, and crafts. Children ages…